A woman on trial for murdering her lesbian lover beat her so badly that she died with 90 separate injuries, a court has been told.

Lyndsey Vaux, 30, was left “looking like the elephant man” after being repeatedly assaulted by Becky Reid, 32, and her mother Gillian Reid, 57, Manchester Crown Court heard yesterday.

The mother and daughter are jointly charged with the murder of Vaux, a mother of one, and with grievous bodily harm on Becky Reid’s ex-girlfriend Samantha Newns.

Paul Reid QC, opening the case for the prosecution, told the court that both of her former partners were “subject to years of controlling, abusive, cruel and violent behaviour at the hands of Becky Reid.”

These were believed to have been caused by “repeated episodes of beating,” the court was told.

Reid was said to have forced Vaux to “go out begging,” and would not be allowed back into their home if she came back without money.

The prosecutor said that eyewitnesses who will give their full testimony later in the trial often saw Vaux outside, struggling to walk and with “bruises to her face”.

One friend described her as “looking like the Elephant Man” after one of the alleged beatings, while another said it was like she had been “hit by a bus”.

Michelle Gartland, who gave a statement to the police after Vaux died, said she once saw Reid stamp on Vaux’s face using her “whole body weight”.

Witnesses said that while she was alive, they saw a “gaunt” Vaux wandering up and down the alleyway behind her house in a dressing gown after being sent out of the house.

“She would often be seen walking around the streets without shoes or appropriate clothing, sometimes in flip-flops and T-shirt in the pouring rain,” the prosecutor told the court.

“She would appear to be trying to get back into the house, and it would seem that somebody within was refusing her entry.” 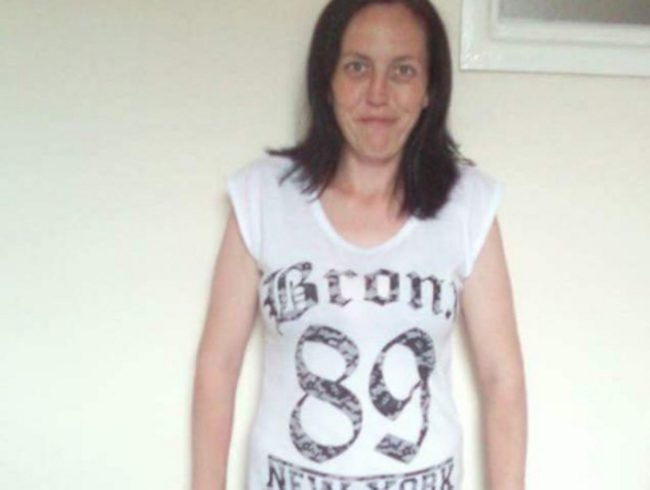 Vaux was 16 stone when she first met Reid, the court was told, only for her weight to drop to half of this by the time she died.

“The manageress at the local One Stop shop saw Lyndsey on the store CCTV climbing into the large bins at the back of the store, removing food that had been discarded owing to it being past the sell-by date,” the prosecutor said.

“She also saw her in the early hours one morning on her hands and knees collecting cigarette stumps from outside the shop.”

The court was told that Becky’s mother Gillian said to one of Vaux’s friends, Paige Falla, that she and her daughter had been “trying to get rid of Lyndsey for six years” before she died in May last year.

Friends and family repeatedly warned Vaux that Becky and Gillian would end up “killing her,” the prosecution said.

Hours before she died, local resident Kevin O’Leary said he saw Vaux with blood “all around her mouth,” standing barefoot on the gravel road.

Later that same night, another local, Mark Hoppley, said he saw Vaux lying on the road in front of his car.

The prosecution noted that the witness “then checked outside at regular intervals, noticing each time that Lyndsey had moved slightly towards her own house but was still on the ground.

“Then he heard a dragging noise and on looking out again saw her legs being dragged along the floor towards her house.

“He could not tell whether she was dragging herself or being dragged by another person. The door to number 23 (Sydney Street) then slammed shut”.

Sarah Fallows, a close neighbour, said that at 5:23am, right before a call was made to the paramedics about Vaux, she was woken by excessive banging followed by a scream.

Robert Atherton, a neighbour, said he was awoken at around 4am by the sound of Becky Reid “shouting and ordering Lyndsey back to the house”. 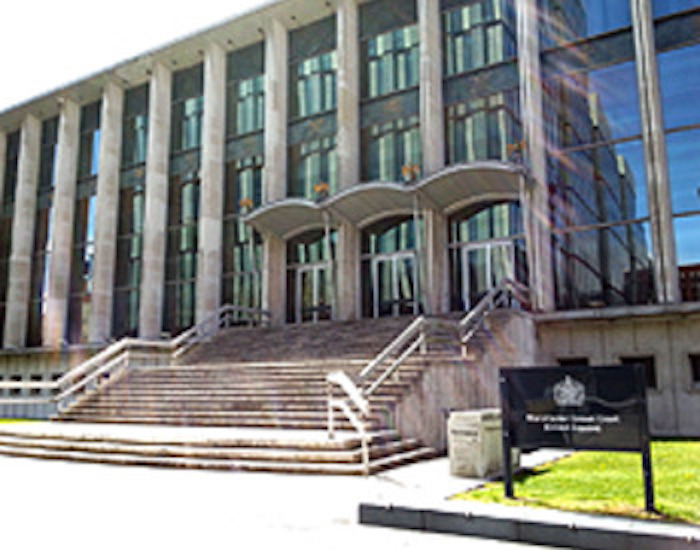 The prosecutor said that Atherton later “saw Lyndsey being brought out of the house on a stretcher with a tube in her mouth and then saw Gillian appearing to be laughing when she came out of the house.”

Becky Reid also assaulted Newns, now 37, “about 50 times” over the course of their relationship, the court heard.

The prosecutor said that Reid forced Newns to beg her friends and family for money, otherwise she would be beaten up.

One assault allegedly stopped only when Becky Reid’s sister and her partner arrived, who told Becky and her mother: “What have you done to her? She’s stopped breathing”.

Newns’ mother and sister said they did not recognise her afterwards, due to her injuries.

Terrified, she left Reid, deciding that “enough was enough,” the court was told.

The prosecution added: “Samantha Newns was lucky in that she managed to extricate herself from her abusive and destructive relationship with Becky Reid before she suffered the same fate as Lyndsey Vaux.”