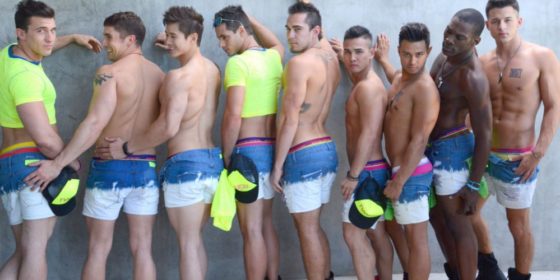 There’s an old dating adage that when you’re going out for the night and looking to meet new people, that you should dress like the guy that you’d like to go home with. Your clothes can say a lot about you.

Here’s a couple of options to consider adding to your wardrobe.

Nerds can be sexy

There’s something innately sexy about a guy who looks like he can fix your wifi or beat you at scrabble. Clark Kent glasses immediately suggest intelligence but also a secret dark side that is irresistible.

Everyone loves a star

Show the world that you like a bit of attention, that you’re loaded with personality, and that you’re always the life of the party. You don’t have to wear a hot-pink wig to have all eyes on you, but it helps.

Nothing signals that you’re up for a bit of fun like a t-shirt that is obviously going to come off as soon as you get in the club, and a harness that says that you came to play.

This article has been produced on an editorially independent basis. It contains affiliate links. If you click on an affiliate link and make a purchase, Gay Star News will receive monetary compensation.