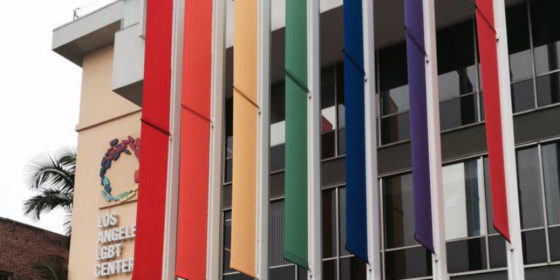 The Los Angeles LGBT Center has acquired the internet domain Gay.com, estimated to be worth $6.9 million.

VS Media and its forerunner live cam site, Flirt4Free, donated the site. Most recently, the domain Gay.com was a place for LGBT individuals to find a community.

When VS Media acquired the domain last year, they contacted five LGBT charities to possibly take it over. They asked for proposals explaining how the organizations would transform the site to help support the LGBT community.

‘We were thrilled to see the enthusiasm and ideas the challenge brought forth by the various charities,’ said Flirt4Free President Gregory Clayman Clayman.

Executive Vice President Brad Estes announced the Center’s acquisition. ‘The Los Angeles LGBT Center provides services for more LGBT people than any other organization in the world,’ he said. ‘I’m very happy to announce that the future of Gay.com will go on within their extraordinary organization.’

‘We believe that if the Los Angeles LGBT Center follows its plans as outlined, its efforts with the domain will have a massive impact on the organization’s charity and the LGBT community not only in Los Angeles but everywhere,’ Clayman added.

The URL will direct to the Center’s new blog Vanguard. The change will take place as early as this week, according to the Center’s press release. The site shares stories about health, social services and housing, culture and education, and leadership and advocacy within the community.

Founded in 1969, the Center helps ‘more LGBT people than any other organization in the world’.

Key continued: ‘We’ve only begun to think about future possibilities for the domain. But for now, the traffic from Gay.com to our new blog will help even more people learn how we’re building a world where LGBT people thrive as healthy, equal, and complete members of society.’