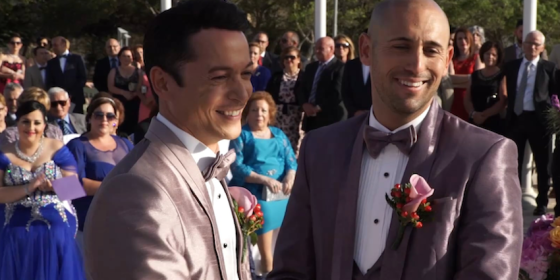 The small southern European island, largely made up of Catholic people, now has one of the leading LGBTI rights laws in the world.

The wording in civil ceremonies of ‘you are now husband and wife’ will now be changed to ‘you are now spouses’.

There was only one voice of opposition in government, with one politician claiming it was ‘morally unacceptable’.

A victory celebration of same-sex couples and LGBTI people is taking place in Castille Square outside the Prime Minister’s main offices in Valletta, tonight.

Malta is unusual as it was one of three countries that still banned divorce until 2011. The others were, and still are, Vatican City and the Philippines. 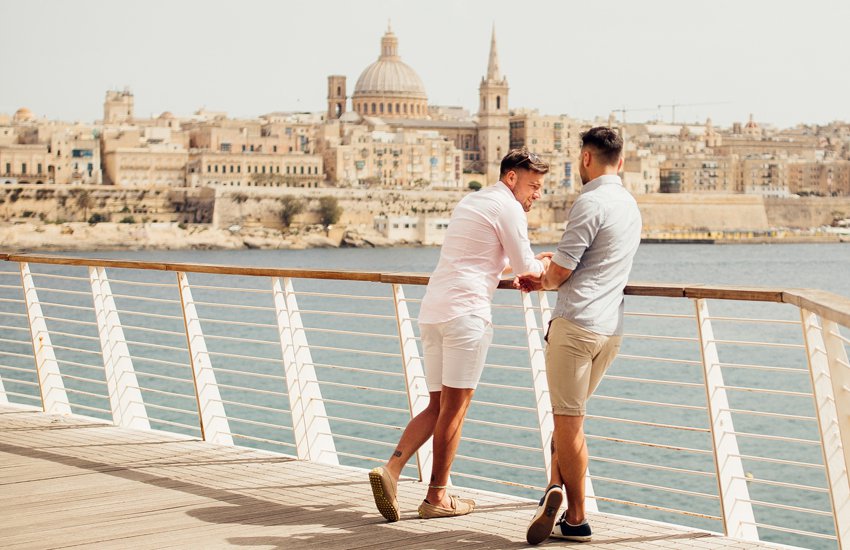 Two guys enjoy the view in Sliema: the capital, Valletta, can be seen across the water

‘It’s great to have both sides of the house vote for equality – unanimously.

‘While of course there are some concerns from the conservative side, Maltese society has become much more accepting of the LGBTI community and rainbow families.’

President Marie-Louise Coleiro Preca will sign the marriage law soon, usually in a couple of weeks.

There will be a roughly four to six weeks legal notice to give governmental departments time to change the language on forms. Malta also requires a six week waiting period after couples give their notice to get married. That means the first same-sex couples could be walking down the aisle in as little as three months time.

Calleja admitted it was ‘surreal’ to be a part of such a fast-paced change to Malta’s LGBTI rights.

‘It has been great to contribute as one of many activists,’ she said. ‘This includes many more who are not campaigners who have been brave to come out, be visible, celebrate their civil unions and invite their friends and family. That is what can change hearts and minds.’

She added: ‘Malta can continue to inspire countries who have an equally religious background. Our story can inspire other countries to push forward with LGBTI rights and inclusion of the LGBTI community.’

Malta is the 24th country in the world to allow same-sex couples to marry.