The 29-year-old was one of 22 people killed during a bomb attack at an Ariana Grande concert earlier this month.

The hashtag #bemoremartyn was used to share videos and pictures from the funeral.

Mariah Carey, Martyn’s favourite singer shared a video message which was played at the ceremony.

Hett was buried in a Coronation Street coffin emblazoned with the word ‘Iconic’ to note his favourite television programme. 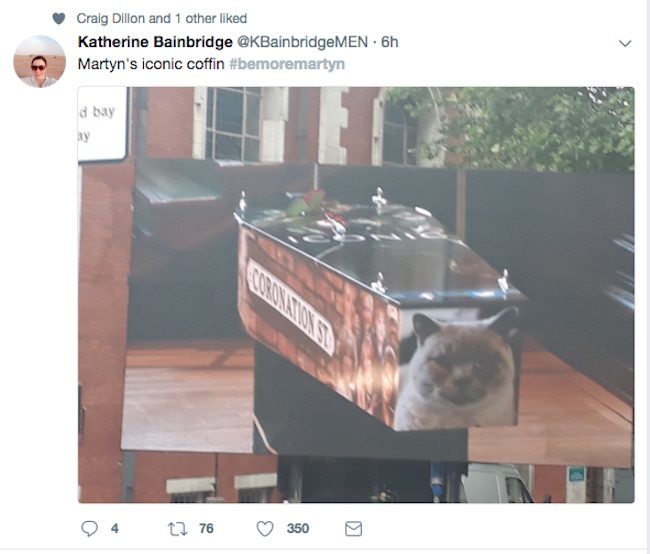 A number of stars from the show attended the event.

Friends shared videos from the funeral including an emotional tribute video played at the ceremony.

Everyone laughing + crying @ funny and beautiful tribute video for Martyn Hett. The 29yo was killed in the #manchesterattack #BeMoreMartyn 🌹 pic.twitter.com/GBlXut9wXE

Thousands were said to have attended the ceremony after Hett’s mother, Figen Murray said the funeral would be conducted according to his wishes.

Wellwishers shared messages of support for the family of Hett on the day of his funeral. 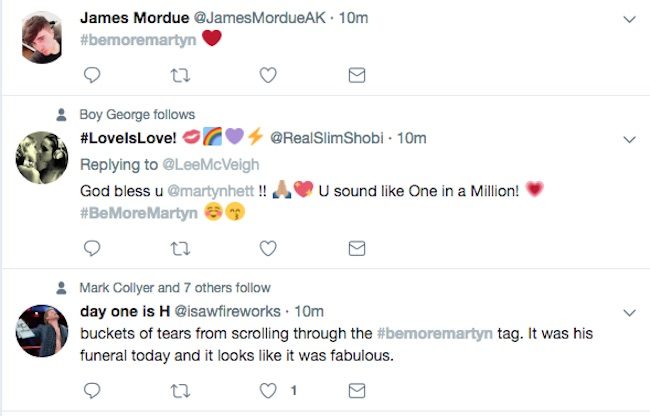 His mother got a tattoo as a lasting tribute to her son. 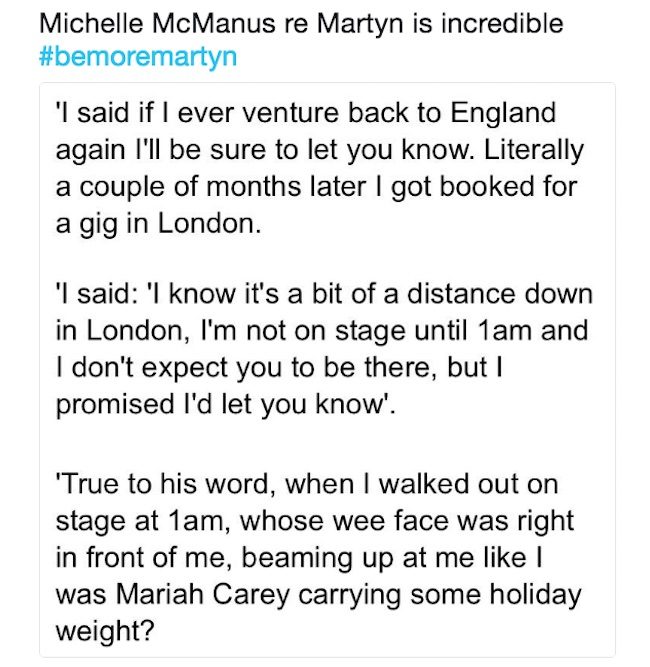 She is still very “angry” with the man who killed her son. But she said that she is choosing “to forgive him”.

“The man who did this was a young man who was brainwashed and radicalised from an early age,” she said.

“He did what he thought was the right thing in his crazy mind and he did it and that was the end of it.”

Martyn’s step-father, Stuart Murray, said that Martyn was “a bundle of fun”.

“I genuinely think he made people feel very special. Some people have this ability to make other people special and I think Martin had that.”

He believes his stepson will “live on as an inspiration to people.”

The family has invited everyone who wants to celebrate his life to attend his funeral.