Hollyoaks actors, Kieron Richardson, and his husband, Carl Hyland, have shared a first glimpse of their new twins.

The couple welcomed the arrival of the babies, Chase and Phoebe, last month.

At the time, they only shared a photo of the babies’ name tags.

But now, fans have seen a glimpse of the twins for the first time in a Channel 4 documentary about same-sex parenting.

In the documentary, “Raised by Queers”, Hollyoaks actor Kieron Richardson opens up about the struggles he and his husband, Carl Hyland, faced as same-sex parents.

The couple, who tied the knot in 2015, had the twins through a surrogate mother.

Speaking of the birth, Richardson said:

“I feel like words you could never describe in a million years. It’s the most surreal experience ever.” 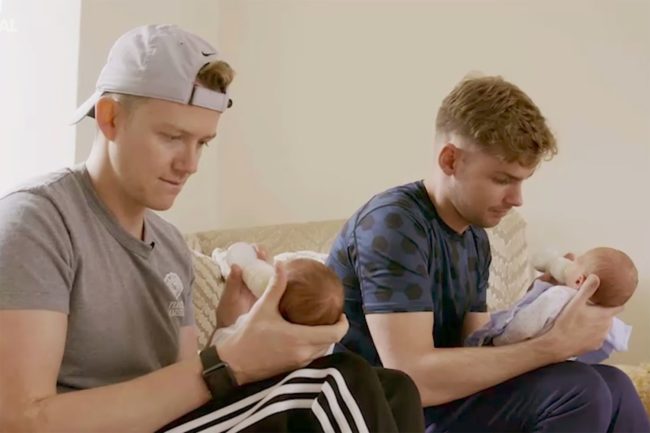 The actor has quickly adapted to his new role as a father.

“Isn’t it funny how about four weeks ago I couldn’t change a nappy and I didn’t know how to feed a baby.

“And now I can pretty much do it all in one quick sitting.”

The star recently refused to answer a question about the twins on “This Morning”, which he deemed “unfair”. 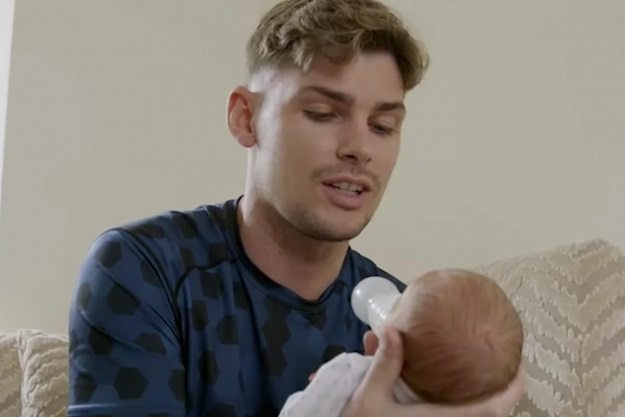 He believes that he and his husband will face prejudice as same-sex parents.

In hospital, the couple faced prejudice too.

Richardson said he overheard one nurse say: “Those men shouldn’t be left with those babies on their own because they have no parental rights”.

Although “same-sex couples are ready to be parents”, he added, he does not think “the world as a whole is ready for two men or two women to raise children just yet.”

The documentary is available to watch on Channel 4.