A new advert has given us all a reason to smile with this charming story about a dad, a daughter and some nail polish.

Mastercard has released a heartwarming new advert that challenges gender stereotypes in a delightful way.

The advert tells the story of a father and daughter bonding over nail polish on “Dad’s nail polish day.”

It opens with the pair realising that they have no nail polish to hand. 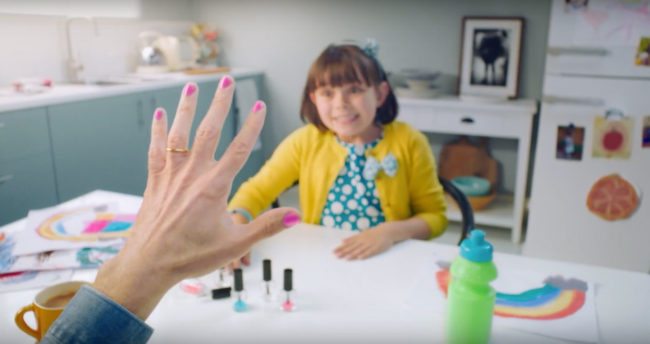 To fix the situation, the father and daughter start going through a range of polishes on an app.

As the Dad swipes through the nail polish options his nails change colour, much to the delight of his daughter. 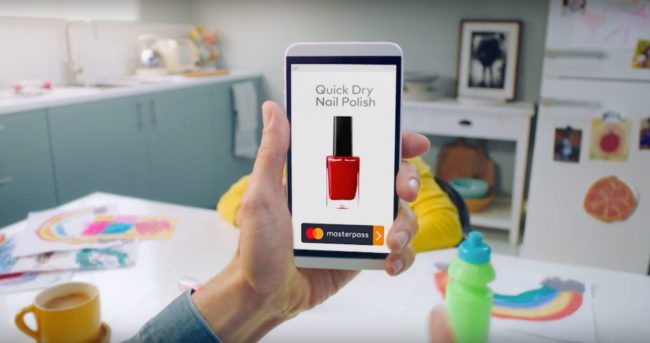 Later, his daughter begins to hold up objects for her dad to match his nail polish colour to in a sweet display of teamwork. 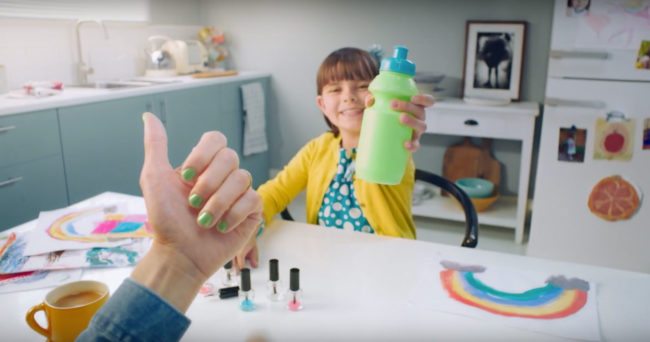 It’s pretty clear that the daughter is thrilled with her Dad’s colour choices, smiling and giggling throughout.

At one point, the dad even matches his nails to the colours of the rainbow and to his daughter’s dress.

Adverts can often give important social commentary, including the casual inclusion of LGBT+ people, and adverts that challenge gender stereotypes.

Earlier this month, an advert in New Zealand was aimed at discouraging the negative connotations that the word “gay” can carry when incorrectly used as an insult.

When a man in this advert drops his sandwich, he refers to the incident as “gay.”

His friend attempts to show a distinction between the sadness of dropping a sandwich and being gay by saying: “It’s deeply disappointing, but it’s not gay.”

Hopefully, this trend of adorable and socially aware adverts will continue.
Watch the advert below: