Australia’s Coalition for Marriage has claimed that same-sex marriage being legal would mean that boys will have to wear dresses to school.

Australia is currently holding a public vote on whether same-sex couples should be allowed to get married.

Ahead of the deadline for ballots next month, the Coalition for Marriage is stepping up a gear in its post-truth smear campaign.

The Australian Christian Lobby, the core organisation behind C4M, put out an email claiming their supporters may have to “put your son in a dress” if the vote passes. 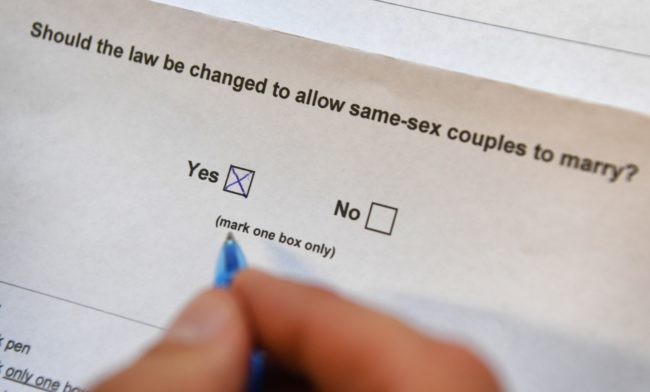 The group claimed: “When parents like Marijke Rancie in our new TV ad visited her kids’ school and saw what the harmful “Safe Schools” program was teaching her children, she was shocked.

“They’d saturated the school with posters showing a boy in a dress.

“Now’s the time for us to push back and say NO to compulsory radical gay sex education like this, that teaches kids:

” * If in your mind, you’re “different” to the body you were born, boys should consider wearing a dress, and girls should wear boys’ clothes.

” * You should be able to use whatever toilets you feel like.

“Together, we can win this fight to defend marriage and oppose the de-gendering of our society.” 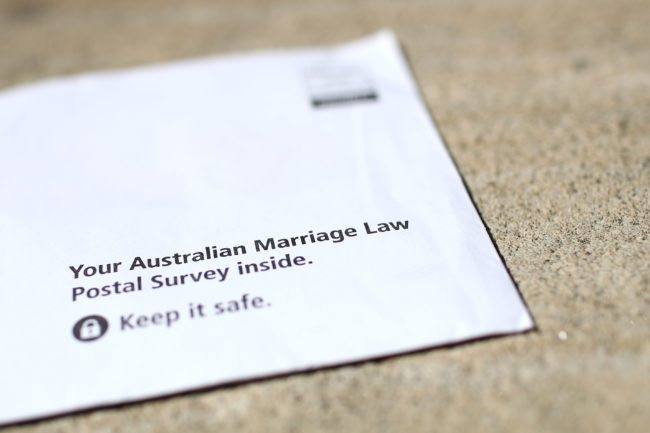 PinkNews revealed last month that the anti-LGBT Coalition for Marriage is telling activists to play to fears over gay sex and gender issues. 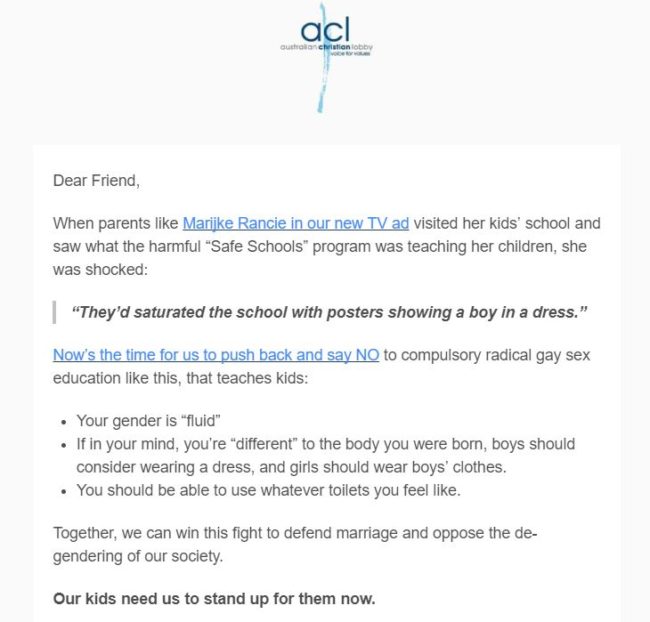 Anti-gay marriage campaigners have also sought to replicate tactics of campaigners who helped secure the UK’s vote for Brexit and the election of Donald Trump in the US.

The Australian Family Association urged people to vote against equal marriage to create a ‘Brexit for Australia’.

They told supporters: “This is your chance to do a Brexit, a Trump, and confound the political elites by saying, we are not going to accept gender fluid ideology and gender fluid ‘marriage’ being forced on every man, woman and child, whether they are religious of not.”

The group recently launched an ad featuring a man who claims he can’t publicly express his opposition to same-sex marriage.

In the ad, he publicly expresses his opposition to same-sex marriage.

The informal postal vote is entirely advisory and non-binding, but will inform MPs in the country when the issue goes to Parliament.

This week the Australian Bureau of Statistics, which is responsible for running the vote, confirmed the amount of votes cast so far.

With just weeks until the November 7 deadline for ballots, the ABS today confirmed it had received 10.8 million forms (67.5 per cent) back.

Just 32.5 per cent of eligible voters are yet to cast a vote.

Despite intensive campaigning from the ‘No’ camp, he said: “I think the Australian people have seen through it… I think the public have made their mind up.”

There has been a spate of hate crimes in the country during the vote. 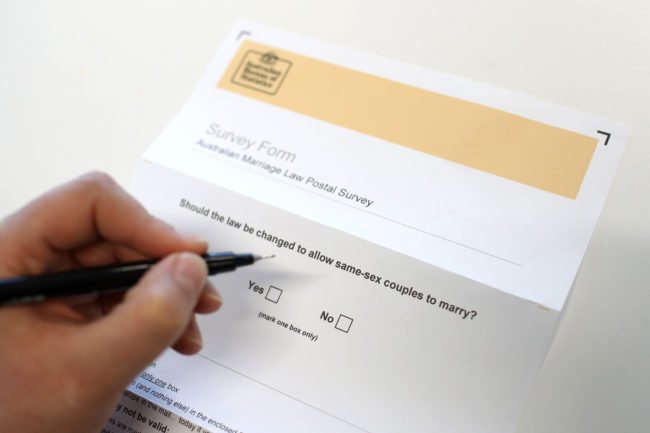 Last week a mother in Melbourne was sent a letter threatening her children after she put up a rainbow flag.

Last month a cafe was threatened with arson for supporting the Yes campaign while a 14 year old girl received a death threat for supporting marriage equality on social media.

Tony Abbott has become the most prominent voice of the anti-gay lobby as Australia votes on equal marriage – alienating much of his own family in the process.

After Abbott suggested it would be “best” for his gay sister’s children to be raised by a straight couple, his own daughter Frances spoke out for equality, appearing in a TV ad on the opposing side of the debate to her dad.

The ex-leader has taken his opposition to LGBT rights to surreal extremes, lashing out at “transgender marriage” and demanding censorship of a Macklemore performance over gay anthem ‘Same Love’.