“Right in front of my salad” is a new glorious meme that is completely NSFW.

The meme has made the rounds on Tumblr and Twitter this week with thousands of people sharing it.

It features an angry woman saying “Right in front of my salad?” and it’s pretty much the perfect response to almost anything.

It quickly became popular after Tumblr user boymecuryx uploaded gifs of the woman and her salad to Tumblr.

The post then gained over 50,000 notes on Tumblr and on Twitter it has been retweeted tens of thousands of times.

The origins of the clip have since been found, and it turns out it is part of an incredibly bizarre gay adult film called Private Lesson Part 3.

The iconic scene was born as the woman, who was thoroughly enjoying her salad, realises that the two men on the other side of the kitchen counter are having sex.

Warning, this really is NSFW

RIGHT IN FRONT OF MY SALAD is trending now I have hope there’s still good in this world pic.twitter.com/sjoYxwOO4j

Jake Porter, one of the stars in the film told Buzzfeed that the line by the actor was actually improvised.

He explained: “I wouldn’t call [the scene] scripted. We had bullet-points set up for how we kind of wanted her to react.”

“We kind of gave her the bones of what we were looking for, but she definitely built the structure of the scene,” he said. “We did it multiple takes to get it perfect, but also because we were all laughing.”

Unfortunately, Porter cannot remember what the actor’s name is, but said that he was glad she’d made the film go viral.

The revelation of the origins of the clip shocked many people, but it only made the clip funnier. 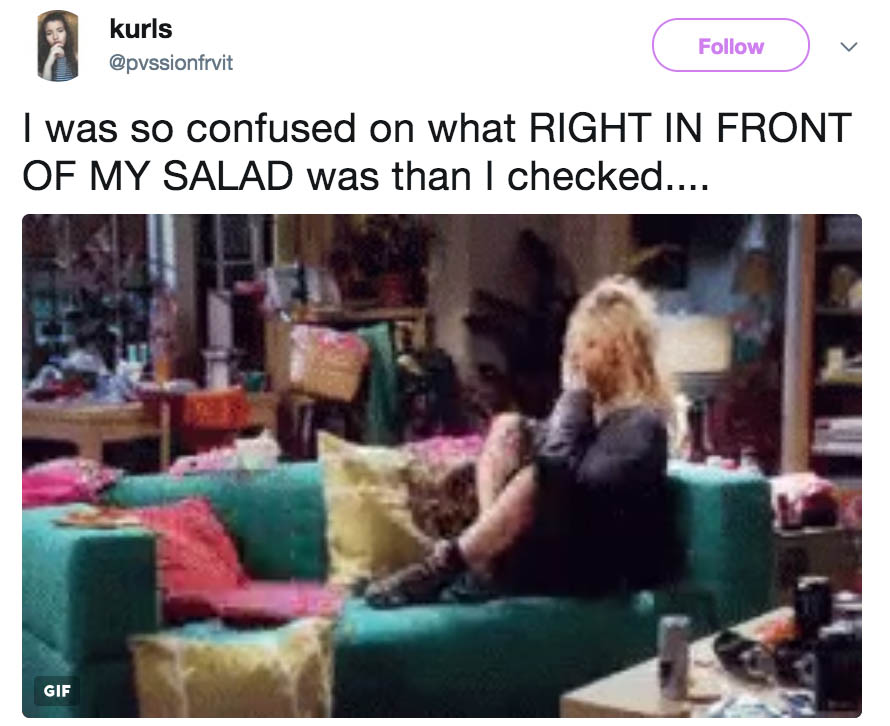 It has now been repurposed as a way to express shock at things other than two men engaging in the act while you’re having a healthy meal. 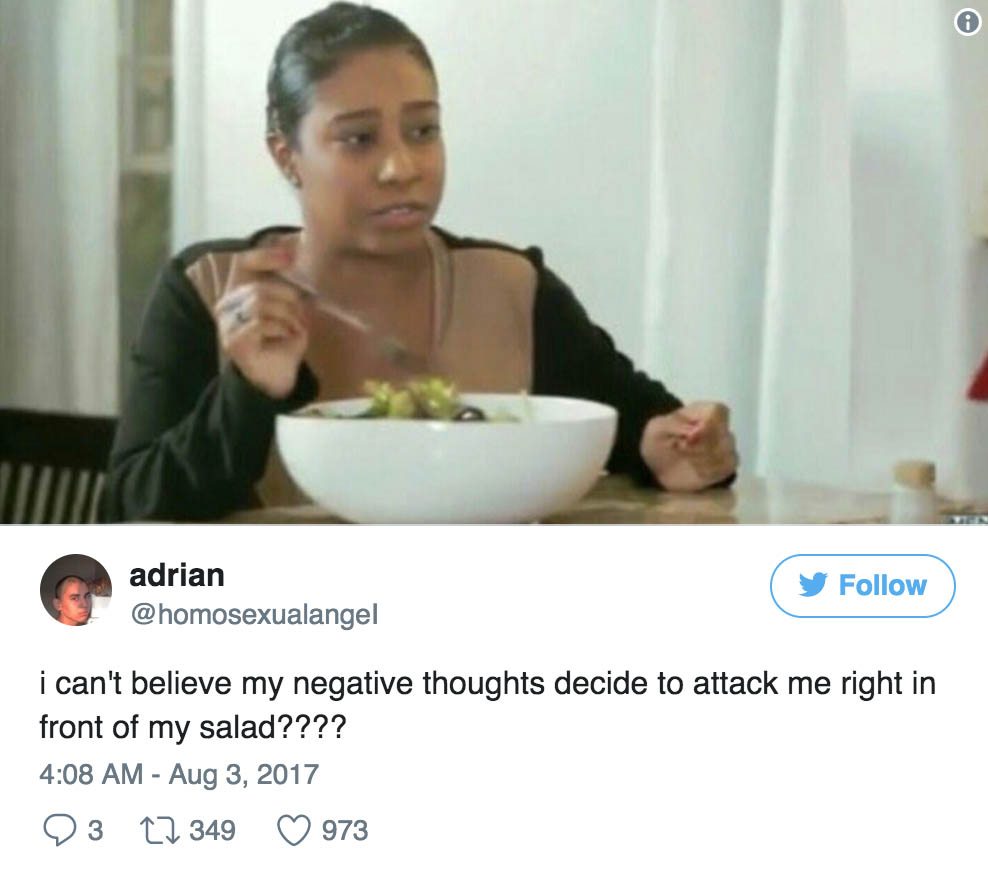 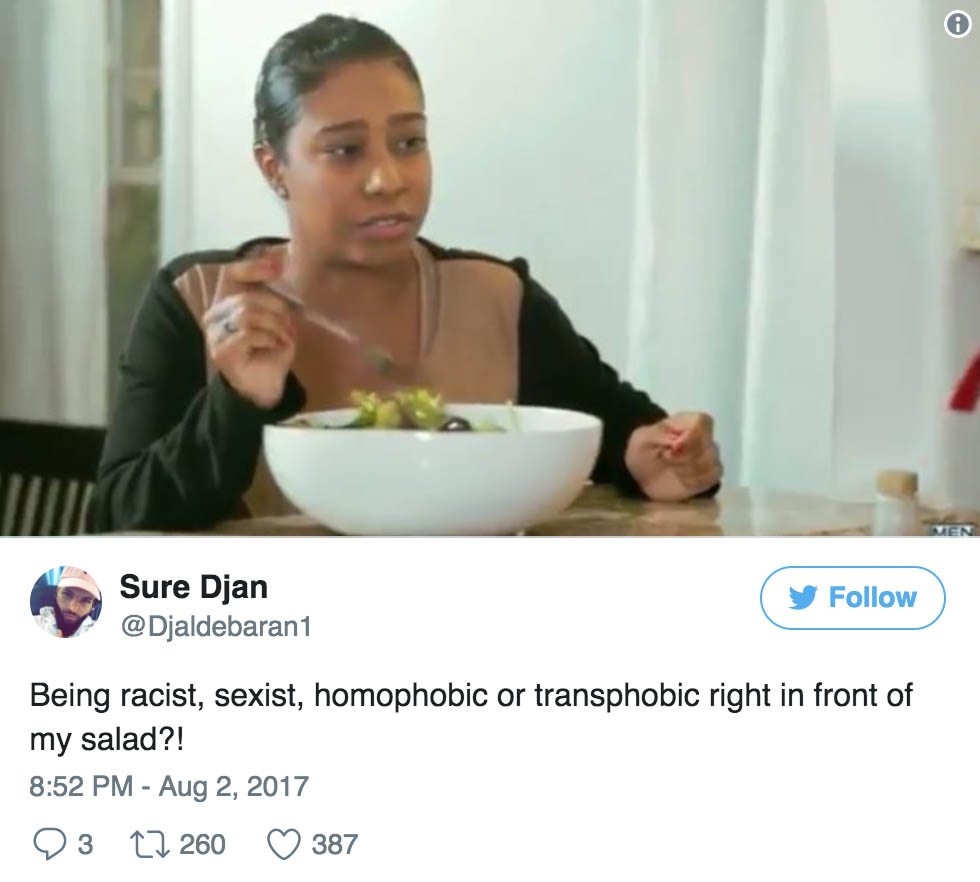