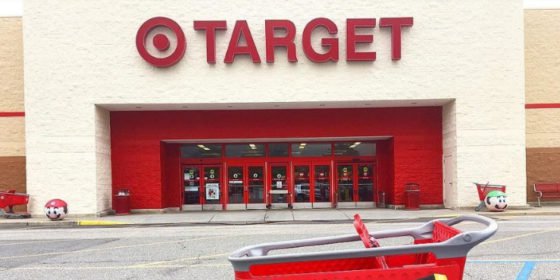 In 2015, the company eliminated gender signage in its children’s toy aisles and in 2016, it announced an inclusive bathroom policy allowing transgender customers to use the bathroom which matches their gender identity.

On 17 July, Target will introduce a line of gender-neutral children’s products from Toca Boca, a Stockholm-based company.

Just in time for back-to-school shopping, the Toca Boca collection will boast a large assortment of clothing, sleepwear, bedding, backpacks, accessories and more.

What makes this Toca Boca line so unique is that its products all feature gender non-specific cartoon-like characters.

The reasoning for that goes back to 2011 when the company was founded as a gaming app for children.

In the brightly colored world of Toca Boca games, the cast of quirky characters were generally not recognizable as any creatures known on Earth. More importantly, all of those creatures lacked gender.

This new children’s product line is Toca Boca’s first foray into the physical world, but their characters seem like an ideal fit for a company like Target trying to embrace gender neutrality.

‘Our vision for the clothing line was to do what we’re good at at Toca Boca, which is play, and translate that into everyday experiences for kids,’ said Mathilda Engman, Toca Boca’s design director, in an interview with the FastCoDesign website.

The design team strived to hit the major points that Toca Boca games are known for: diversity, gender inclusivity, humor and playfulness.

The team reported that designing for inclusivity means creating enough options so that anyone can find something that they like.

‘We worked with all the values and principles of how we design things in the digital world and translated that to the physical world,’ said Engman.

The Toca Boca apparel and accessory line will be carried exclusively by Target.