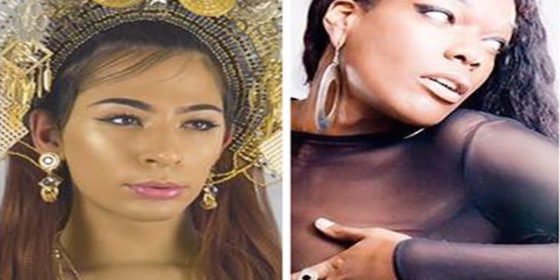 On Saturday 10 June, the day of Brooklyn Pride, three trans women were attacked by a group in what the New York Police Department (NYPD) is investigating as a hate crime.

One of the women, Jasmine Infiniti, 33, has a fractured jaw and a concussion as a result of the attack.

According to amNewYork, the three women were leaving Happyfun Hideaway, a bar in the Bushwick area of Brooklyn, at about 1:45am. When they passed a group of people standing outside a liquor store – five men and one woman – they started to be harassed.

After calling the women derogatory terms like ‘transformers,’ a member of the group smacked Infiniti’s phone out of her hands when she started to take pictures, documenting the abuse. When her friend London Jade came to her defense, the confrontation got violent.

‘I had gotten punched in the face, the back of the head,’ Infiniti told amNewYork. ‘One man hauled off and hit me so hard in the face, in the jaw, that I started bleeding and spitting blood.’

Both Infiniti and Jade, 22, were taken to Bellevue Hospital in Manhattan. Jade was treated for a wound on her leg and has since been discharged from the hospital.

‘As I ran, this chick sliced the back of my leg and took my sandals which fell off while I dipped. What scares me the most is, I was beyond WASTED and blacking out while me and my trans mother Jasmine Infiniti are being attacked and beat on,’ Jade wrote on Facebook.

‘They could’ve killed us … all we were doing was walking and minding our business, next thing I know we in the hospital for hours (Jasmine will be there a week) barely receiving medical attention — and being told Jasmine has to have her jaw wired.’

The third woman, who was not identified, wasn’t hurt, according to Infiniti.

Infiniti’s surgery is to take place Thursday, 15 June. A YouCaring fundraiser has been set up to help Infiniti and Jade with medical expenses.

‘I’ve suffered a lot in my 10 years as a trans woman and dealt with a lot of stereotyping,’ Infiniti says. ‘I felt like I’ve reached a certain point in my life where things like this shouldn’t happen, but they still do.’

No arrests have been made in connection to this incident.