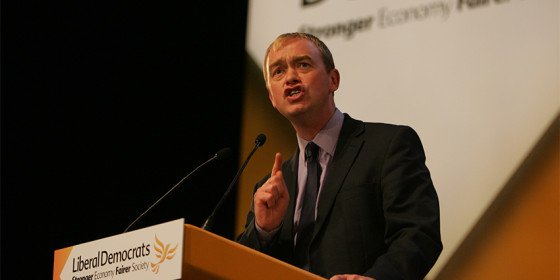 Tim Farron has shockingly resigned as leader of the Liberal Democrats in the British Parliament.

Farron said he is unable to continue because he is too torn between his Christian faith and his duties as a political leader.

‘A better, wiser person than me may have been able to deal with this more successfully, to have remained faithful to Christ while leading a political party in the current environment,’ he said in a statement.

‘To be a political leader – especially of a progressive, liberal party in 2017 – and to live as a committed Christian, to hold faithfully to the Bible’s teaching, has felt impossible for me.’

The self-confessed Christian evangelist had been repeatedly asked about how his faith affects his politics, and specifically on homosexuality in the lead up to the snap General Election that took place on 8 June.

He been asked to clarify his views on whether he believes being gay, or having sex with a same-sex partner, is sinful.

He told the BBC in April that he ‘did not want to get into a series of questions unpicking the theology of the Bible.’

But he acknowledged it had ‘become an issue’, and did not want people getting the ‘wrong impression.’

‘I don’t believe that gay sex is a sin,’ Farron said then.‘I take the view though that as a political leader, my job is not to pontificate on theological matters.’

Reacting to Farron’s decision to quit Paddick tells Sky News: ‘I’m very sad for Tim Farron. I had a long conversation with Tim yesterday and we have a lot of respect for each other.’