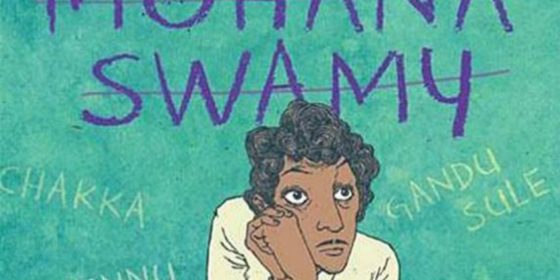 A Indian man wrote stories to help come to terms with his sexuality has put his words to good use. He is sharing his stories with other gay men.

Vasudhendra began writing about Mohanaswamy – the gay leading character of his book series. As the story developed he realized he was writing about his own life.

He wrote about struggling with his sexuality and being suicidal.

When he eventually released the books publicly he was flooded with emotional responses from men in villages in the state of Karnataka.

Men were happy to see their struggles reflected in their own language – Kannada.

Writing about the everyday life of his gay protagonist Mohanaswamy, Indian author Vasudhendra was acutely aware of the fact that he himself had not yet found the courage to come out of the closet.

‘And with me and Mohanaswamy, many of my readers embraced their truth,’ he told the Thomson Reuters Foundation.

‘Many readers who called me, from villages and small towns, do not read English and for them the Mohanaswamy series was a way to rediscover themselves and find solace in the fact that they were not alone.’

The series has become so popular it was translated into English and will soon be published in other Indian languages.

Mohanaswamy is a series of 11 stories about love, sexuality, urbanization and class struggles.

‘Gay men don’t only live in an urban setting. Thousands are growing up in villages and towns, with no way to access information on sexuality, most of which is available only in English,’ Vasudhendra said.

‘Writing the stories was a healing process for me and for many of my readers, it was a book they understood.’

Since publishing his popular book series many queer women have asked Vasudhendra to write stories about lesbian experiences.

‘For women it is so much tougher because saying ‘no’ to a marriage is never an option,’ he told the Thomson Reuters Foundation.

‘What they go through is something I cannot imagine, because at least I got away by refusing to marry.’