A fundraiser has been set-up for a new fairytale book with an LGBT twist.

The new book, Maiden Voyage, is currently fundraising through a Kickstarter campaign.

The book has garnered praise from the likes of Sir Ian Mckellen and George Takei, telling the story of a fisherman’s daughter, Ru, who inherits a treasure map and proceeds to go on a seafaring adventure.

During her adventures she encounters Freya, a “courageous Captain” of another ship.

According to the book’s Kickstarter page, the two lead characters set off to find out where the treasure map leads.

The Maiden Voyage, whose target audience is set to be five to 10 year olds, is being produced by the creators of the groundbreaking LGBT story, Promised Land, a children’s tale of a farm boy and a prince who fall in love.

Harris and Reynolds are clear on their mission to offer more diversity in children’s stories: ″We believe everyone deserves to live happily ever after and so we set out to tell more stories to prove that in our universe ― where all are equal no matter their gender, who they love or what they look like.”

Speaking to Huffington Post, Harris explained just how far positive LGBT+ representation for young people can go: “I believe that lack of visibility creates the kind of ‘otherness’ we often experience as LGBTQ+ people.

“If we can be heroes in stories, we’re seen more positively in the real world.”

Harris continues: “After it was reported the man responsible for the Pulse massacre had said the image of two men kissing disgusted him so much that it had motivated the attack, our book ends with that image.

“We felt it was important that the lives that we lost could be forever remembered with a message of love and hope.” 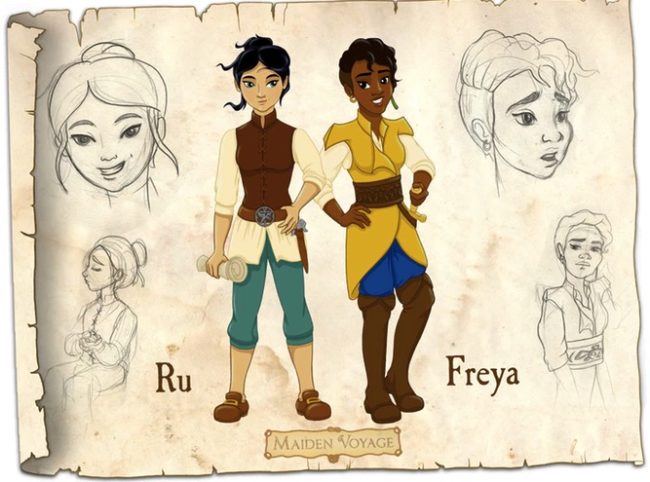 Reynolds and Harris also emphasise their desire to avoid “damsel in distress” tropes often found in fairytale stories, and also seek to represent people of colour and images of women in positions of strength and power.

“Girls should grow up knowing they can be a powerful queen, a brave sea captain or anything else they set their minds to,” they said.

The Promised Land team use elements of classic fairytale stories of love and friendship, but open up their stories to more inclusive and diverse characters, thus making their stories more accessible to LGBT+ children and young teens. 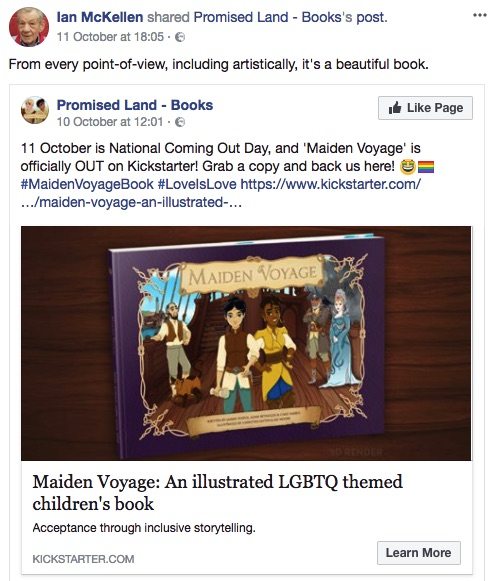 The Maiden Voyage is set to be released June 2018. You can check out the book’s Kickstarter page here.