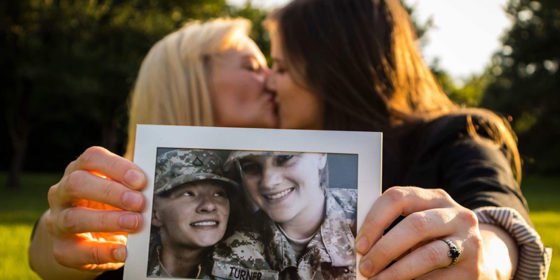 A lesbian veteran shared a touching story on how she met and fell in love with her now-wife during basic training.

Meg Turner explained on a Reddit post how she and her wife, Val Hill, met by accidentally switching hats in the restroom.

‘The first time we met was actually in the restroom. We accidentally switched our PCs (hats) in the restroom quite a few times. To this day, because it happened so many times, I remember thinking how odd it was,’ said Turner.

The couple ultimately became good friends sneaking into each other’s bunks for nightly conversations. Though accused of being physical during basic training, the two hadn’t had their first kiss until the last day of training.

Had a fantastic session with this B❤️E

L family! If you are interested in having your precious memories captured, please check out my website! https://austinadderholt.wixsite.com/photography #lovewins

‘We actually were so serious about the Army and fraternization (forgive me if that’s butchered) that we did not share our first kiss until the very last night that we were in training,’ Turner said.

‘Ironically, we did get accused of having sex during our time there, when we had never even shared a physical intimate moment, such as a cuddle or a kiss.

‘Every night we would sneak to each other’s bunks and just stay up way too late talking.’ 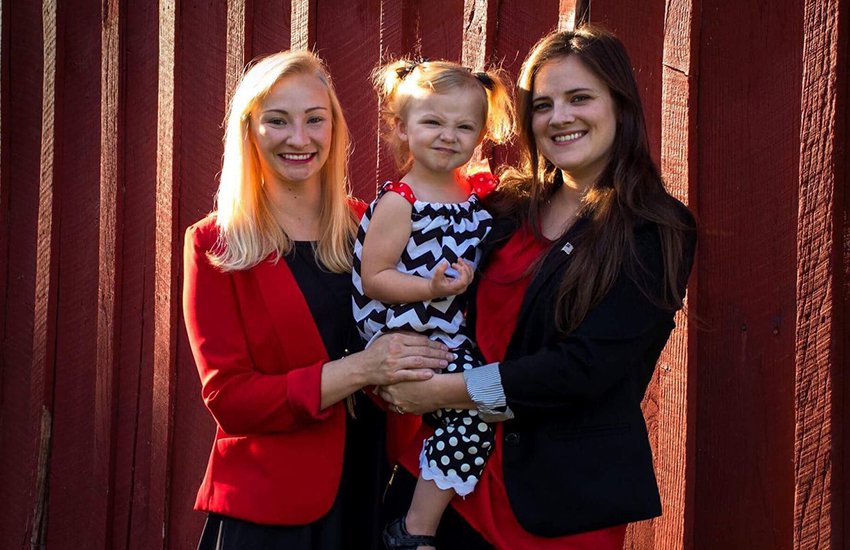 Eventually they got paired up as ‘battle buddies’ to look after each other during training. This allowed the two to grow closer.

Though ‘Don’t Ask, Don’t Tell’ had been repealed since, they still experienced difficulties being openly together.

‘We came into the Army quite aware that we were gay way before joining. It definitely still had a stigma when we were in. Really the treatment varied. One sergeant that we had was on a lesbian witch hunt, while another protected us. Overall though, it wasn’t a major issue,’ said Turner

Almost five years later, the lovely couple are in college pursuing their undergraduate degree as paralegals. To top off their happily ever after, the two have a two-year-old daughter.