An Instagram famous make-up artist has revealed their intentions to seek out “gender unassignment’ surgery.

23-year-old Vinny Ohh is a makeup artist from Los Angeles with a passion to be sexless. 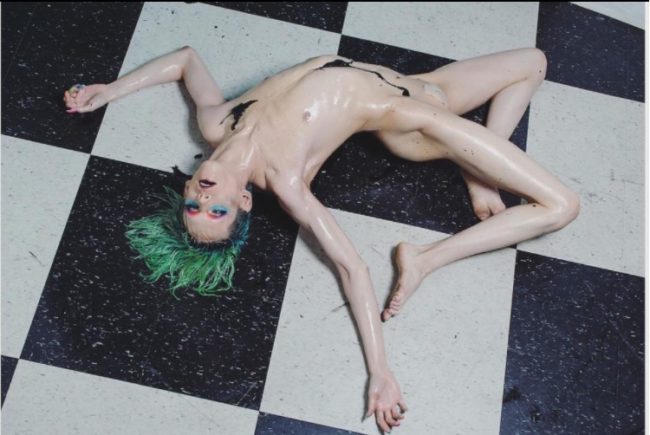 Ohh, who’s ultimate goal is to be a “genderless alien” has already spent thousands of dollars on surgeries to rid their body of gender markers.

However, the final step for them is to remove their genitals entirely in a surgery that they have coined “gender unassignment”.

As well as external genitalia, Ohh wants to get rid of their sexual organs.

The extreme surgery may not be possible for Ohh though, as they are being told by numerous plastic surgeons that it has never been attempted before and is too risky.

Dr Simoni, a plastic surgeon in Beverly Hills, said that the surgery could leave lasting damage if it is carried out.

“The experimental nature of the procedure means it is highly risky and it could also impact on basic bodily functions such as [Ohh’s] ability to urinate,” the doctor said.

“This would be a brand new procedure and if something happens or there are complications, we don’t have any idea how to address it.”

The doctor added: “Also, the sexual organ is also a tool to urinate, there are muscles that hold the urethra and prevents not only the urine flowing out but also the bacteria going back up.”

Ohh was told that they could transition to female first, but they do not wish to take that route because they want a final solution to become sexless.

“I don’t want to become a woman, I just want to have nothing,” Ohh explained.

“My goal in regards to my look is to become an exact, scientifically proportioned, sexless human being.”

Ohh’s family and management are worried that they will change their mind in the future but will stand by them for the time being.

“If he [sic] is ready to do it, and the doctors approve the surgery legally, I will be with him by his side.”