The UN’s independent LGBT human rights expert has warned of a brewing global crisis amid reports of homophobic purges in several countries.

This year there have been a number of crackdowns against the gay community in a string of separate countries across the world.

Human rights monitors in Russia have warned about a homophobic purge in the autonomous Chechnya region, with dozens of gay men reportedly killed by authorities and vigilantes while many others were forced to flee.

More recently authorities in Egypt launched a crackdown on the gay community, sparked by a ‘moral panic’ over the waving of a rainbow flag at a music concert.

Since the concert, Egyptian authorities began a ‘purge’ targeted at the country’s gay community, raiding homes and arresting more than 60 people. The state has also banned local media from mentioning the issue.

Tanzania also this month clamped down on the LGBT community, raiding a summit and arresting legal experts who had had been discussing a proposed legal challenge to an anti-LGBT government policy.

The country has since outlawed the human rights charity behind the summit, accusing it of “promoting homosexuality”.

There has also been a recorded rise in anti-LGBT sentiment in other countries across the world, including Indonesia,

In a landmark address to the United Nations General Assembly in New York, a UN expert on LGBT issues warned about a “crucible” of rights violations 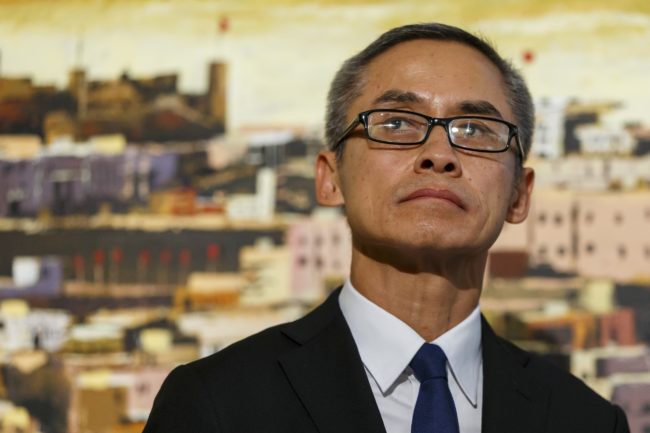 The UN’s first Independent Expert on protection against violence and discrimination based on sexual orientation and gender identity, Vitit Muntarbhorn, made the warning today.

The Thai  human rights monitor warned that immediate action is needed to stop a global crisis, as LGBT people around the world suffer horrific violations of their human rights.

Mr Muntarbhorn said: “It is unconscionable that people with an actual or perceived sexual orientation, gender identity and gender expression different from a particular social norm, are targeted for violence and discrimination in many parts of the world.

“LGBT people are suffering a crucible of egregious violations, including killings, rape, mutilation, torture, arbitrary detention, abduction, harassment, physical and mental assaults. They are subjected to lashings and forced surgical interventions, bullying from a young age, incitement to hatred and pressures leading to suicide.

“More than 70 countries around the world today still criminalize same-sex relations, and in some of them the death penalty may be applied.

“Even where there is no law criminalizing consensual same-sex relations, laws on public decency, public order and social peace are used in some countries to incriminate people under the umbrella of sexual orientation, gender identity and related gender expression.”

The human rights expert called for all laws criminalizing same-sex relationships to be removed from the statute books, also calling for an end to anti-LGBT ‘gagging’ laws used for the purpose of consolidating power and suppressing dissent.

He also warned that human rights defenders were being increasingly targeted for their work in the field. 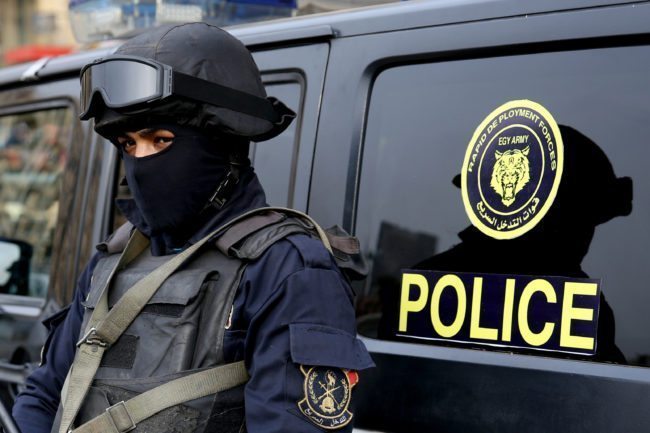 He said: “Non-governmental organizations, human rights defenders and activists, as well as independent national human rights institutions, play a crucial role in the advancement of an inclusive agenda for all without discrimination and distinction, including through the promotion of understanding of and respect for human rights and gender diversity.

“They are agents of change which can activate significant reform processes.”

Mr Muntarbhorn was first appointed to the role last year, as the UN’s first ever independent LGBT rights expert.

He said: “It is anchored in international human rights law, and it is a momentous commitment to multilateralism. It is an invitation to be forward looking and an incentive to move forward together.”

Mr Muntarbhorn said the “universal umbrella of human rights” offered a blueprint for the respect of diversity and appreciation of our common humanity.

However, his report has been met with derision from some countries. 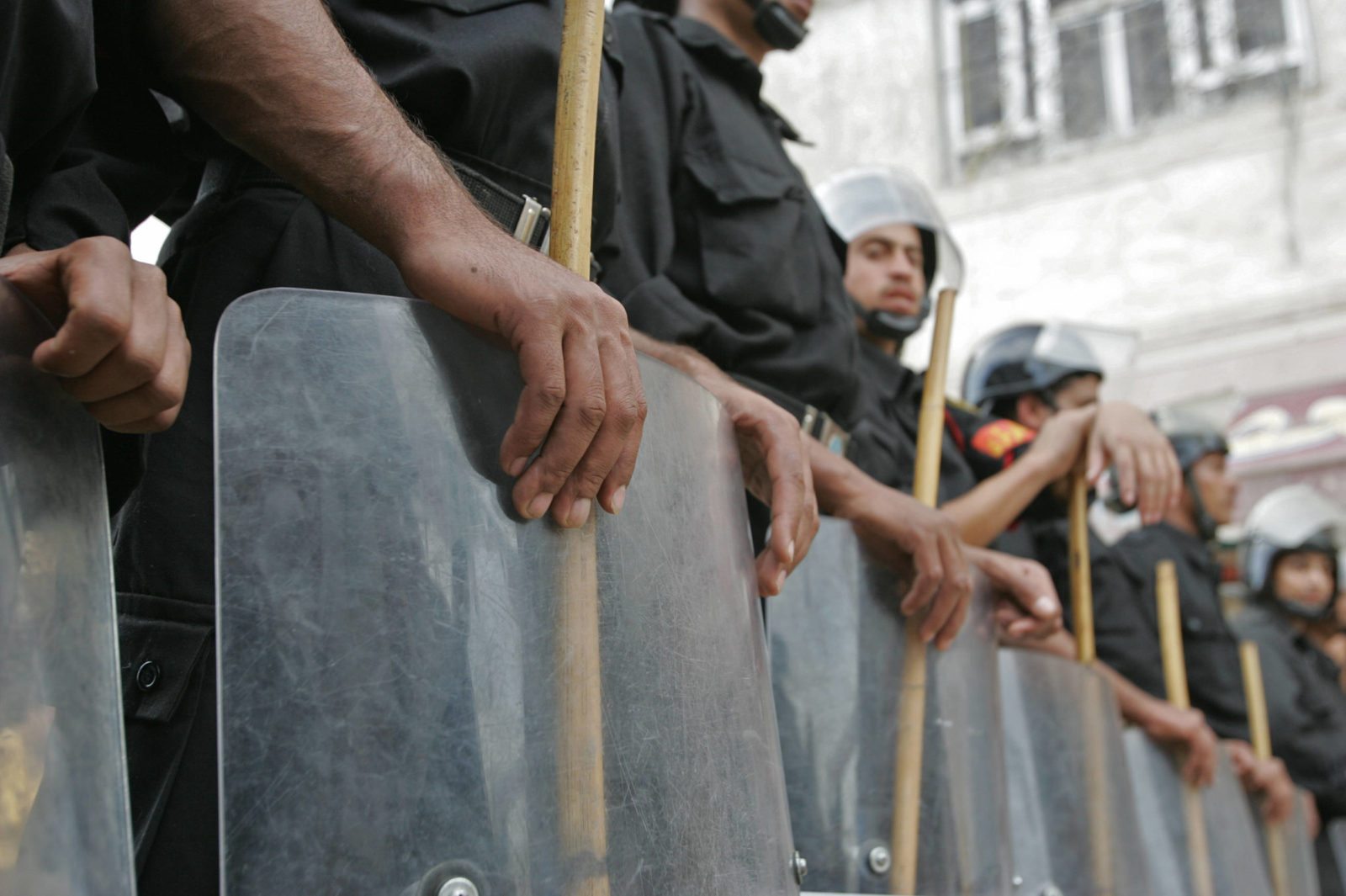 Just last week, a delegate representing Egypt, Belarus, Russia, and the Organization of Islamic Cooperation (OIC) States, minus Albania, rejected all cooperation with the international expert.

They said: “Our position on the matter is clear, that we do not recognize the mandate of the independent expert and therefore are not in a position to engage, interact or cooperate with the mandate holder.

“While reiterating our firm commitment to combat different forms of violence and discrimination, we believe that the resolution establishing the mandate adopted by a margin vote is highly divisive.

“Moreover the introduction and imposition of controversial notions outside the internationally agreed human rights legal framework contradicts the fundamental universality and would lead to polarization.”

But  UN Member States across the world stood up for the integrity of the human rights system during the process, and by doing so showed their support for the IE SOGI position.

This included countries across the Asia-Pacific such as Japan, whose delegate stated: “Picking and choosing the outcomes of the Human Rights Council and blocking the ones which are not favorable for some of the delegations in the General Assembly undermines the discussions and the decisions made in the Human Rights Council and it therefore sets a dangerous precedent.

UK Prime Minister Theresa May recently vowed to stand up against anti-LGBT laws in the Commonwealth. 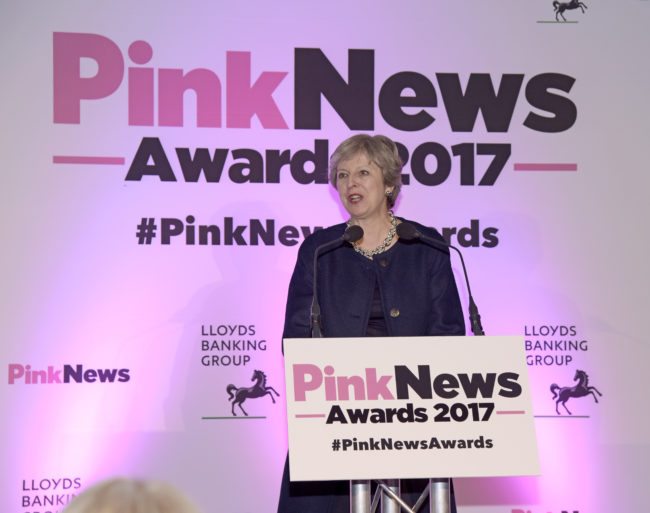 Speaking at the PinkNews awards, she said: “On the world stage, we are standing up for LGBT rights, and challenging at the highest level those governments which allow or inflict discrimination or abuse.

“The anti-LGBT laws which remain in some Commonwealth countries are a legacy of Britain’s colonial past, so the UK Government has a special responsibility to help change hearts and minds and we will ensure that these important issues are discussed at the Commonwealth Heads of Government meeting, which we will be hosting here in London next April and also during our two years as Commonwealth Chair in Office.”

Labour MP Stephen Twigg said: “I want to say something about what is happening in the United States of America. President Trump’s decision to ban transgender people from the US military is an enormous shame, one I hope we can condemn on a cross-party basis.

“I pay tribute to the chairman of the joint chiefs of staff in America for his positive and measured response to President Trump’s actions. I urge our Government to do all they can to press President Trump to think again on his attempt to ban trans people from the US armed forces.

“That, however, is not the only incident of greater homophobia and transphobia in American politics and policy. Recently, the United States voted against a UN Human Rights Council resolution that condemned the use of the death penalty against people because they are LGBT.

“That leaves a vacuum in global LGBT rights. I hope that the United Kingdom, working with like-minded countries around the world, will play a leadership role to ensure we do not slip back, but instead move forward to global LGBT equality.”