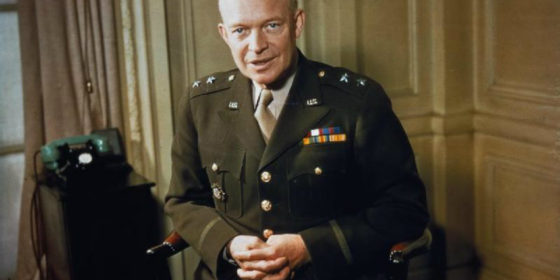 In a new ruling, a US federal judge ordered the FBI to conduct an investigation into Executive Order (EO) 10450. This decades-old order led to purging of gay and lesbian federal employees during the height of McCarthyism in the 1950s. It was signed by President Dwight Eisenhower in 1953.

Judge Royce Lamberth, against objections from the Department of Justice (DOJ), determined an earlier FBI search was ‘inadequate’. The ruling came days after the DOJ decided the 1964 Civil Rights Act does not protect LGBTI people.

Yahoo! News first reported the news of Lamberth’s ruling. They also published the entirety of  Lamberth’s unyielding decision, which can be viewed and read here.

This order was a point of interest in Yahoo’s documentary, Uniquely Nasty: The U.S. Government’s  War on Gays. In the film, Douglas Charles, a Penn State University historian, stated about the order: ‘In terms of FBI abuses, this ranks near the top. It was an effort to silence [gays], it was an effort to ruin their lives. Because if you were exposed as gay in the 1950s or 1960s, your life as you knew it was over.’

The Mattachine Society of Washington, D.C.,  an educational non-profit with the mission of performing archival research to uncover erased LGBTI stories, filed a lawsuit via the Freedom of Information Act against the DOJ last year to release documents related to EO 10450. In response, the FBI discovered 5,500 documents but determined it would be burdensome to sort through them all. They also stated no documents were found relating to Warren Burger, the assistant attorney general charged with enforcing the ban.

‘Thousands of LGBT Americans were ruthlessly investigated, interrogated and fired because of this order,’ Charles Francis, the president of the Mattachine Society, told Yahoo! News.

Regarding Mattachine’s lawsuit, Lamberth wrote in his ruling: ‘The Court finds it nearly impossible to believe that a search for every permutation of the name of the man who was charged with carrying out EO 10450, a robust federal mandate that built upon an established FBI initiative, yielded zero responsive documents.’

Furthermore, in the FBI’s initial search, they looked for the key words ‘Executive Order 10450,’ ‘Sex Deviate,’ and ‘Sex Deviate Program’.  However, the EO used another term — ‘Sexual Perversion’ — and the FBI never searched for this term.

Lamberth criticized this oversight in his ruling: ‘The language of EO 10450 uses the term ‘sexual perversion’ rather than ‘Sex Deviate’ and the FBI’s affidavit does not address this shift in institutional language.’

The long-reaching effects of this ruling remain to be seen. It is, however, a key piece of US LGBTI history important to the community.

Gay Star News reached out to Mattachine and Lamberth’s office for comment.