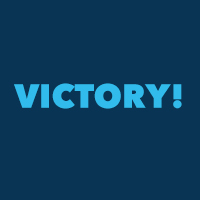 Equality Federation congratulates our partners and advocates on the ground who have worked tirelessly for these victories in Connecticut and Nevada. This week, we add two more to the list of states that have banned conversion “therapy” for minors.

On May 10, 2017, Connecticut’s state House of Representatives approved HB 6695 on May 2, 2017 by a 141-8 vote. The Senate voted unanimously to approve on May 10, and Governor Dannel Malloy signed the bill into effect the same day.

Today, May 17, 2017, Nevada’s Governor Brian Sandoval signed legislation that had passed in both the house and senate to ban the dangerous practice. “I want to thank my colleagues in the Senate and the Assembly for their bipartisan support of Senate Bill 201,” said Nevada Senator David Parks, the bill’s lead sponsor.

With the addition of Connecticut and Nevada, there are now 8 states and D.C. that have banned conversion “therapy.” They joined New Mexico, California, New Jersey, Oregon, Illinois, Vermont, and New York. Additionally, cities in Ohio, Pennsylvania, and Florida have also  banned the harmful practice.

Equality Federation recently held a press briefing featuring the powerful stories of these survivors and an overview of the legislation. Listen to the recording here:

Mel King is the Program Associate for Equality Federation, the national strategic partner to state-based organizations working to win equality in the communities we call home. In this role, he strengthens our major donor program, assists the communications team in the implementation of digital media programs, and provides support to the board as board liaison.