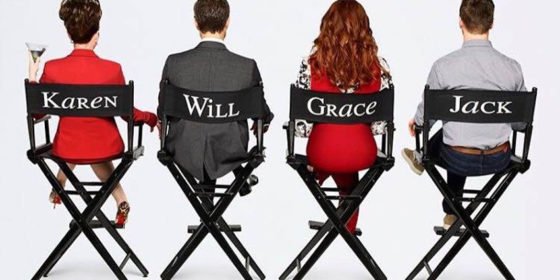 Will & Grace fans might remember that in the series finale back in 2006, the show’s title characters came back together after a 20 year feud.

With the 12 episode revival taking place in the present day, will writers pretend this never happened?

The show’s creator Max Mutchnick says that somehow it will all be explained.

Mutchnick says the writers have just come out of a three-month story camp during which they wrote all of the episodes that they will be filming beginning in August.

‘I will tell you that almost more than anything, more time went into figuring out how are we going to reintroduce the show and what were the rules going to be and how were we going to address that finale,’ he tells  E! News .

He says the revival will be taking place in 2017 with Will & Grace living together just like old times.

‘They are very much living in that apartment in 2017 in the month of September, on the 28th of September at 9:00,’ says Mutchnick.

‘That’s when you’re going to meet up with them again and they are going to explain to you exactly what happened so you know the rules moving forward and you won’t feel like anything is left open.’