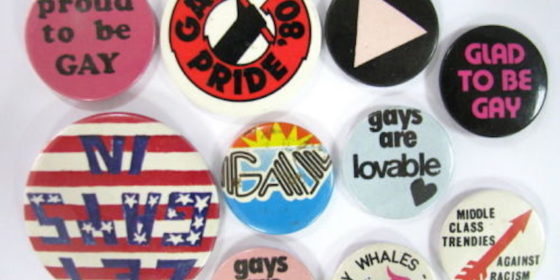 Tom Robinson has performed an exclusive rendition of the classic liberation anthem ‘Glad To Be Gay’ for Gay Star News.

It was part of an interview marking the 50th anniversary of the partial decriminalization of gay sex in England and Wales.

Robinson will be performing the song with other LGBTI artists at BBC concert ‘I Feel Love’ this weekend on BBC Radio 2.

For the anniversary, the artist has been updating the lyrics:

‘For 42 years now, I’ve fought for the right for people to love whoever they like. Today we can laugh as we march to the park, with clause 28 consigned to the past’

‘Gay liberation means freedom for all because a label is no liberation at all,

‘Bisexual, lesbian, flexible, straight  – we’re in, we’re human and we’re all happy to say we’re glad to be gay’

His music has always been about activism

At gigs in the 80s the Tom Robinson Band, named after himself, used to give out gay liberation leaflets.

His song ‘Glad To be Gay’ was titled and inspired by the popular slogan worn on badges in the 80s.

However, people used to remove the badges when they left gay clubs so they would be safe on the streets.

His song lambasted the press which regularly printed homophobic headlines even after the partial decriminalization in 1967.

Continuing his critique of the press in the original version he added new snipes to the Rupert Murdoch led press too.

‘Commissioned by bigots and written by shits … Rebecca and Rupert still do what they please.’

The media mogul Rupert Murdoch owns titles including the Sun, Sky News, and Fox News. Back when it was still running he also owned News Of The World. In 1967 they ran an editorial calling the change in the law a ‘charter for corruption.’

Glad To Be Gay used to be banned on the BBC, with a ‘do not play sticker.’

The BBC 6 Music presenter said that it would be ‘a brilliant vindication’ to sing the song live on air as the broadcaster marks the 50 years with a special season of programming ‘Gay Britania.’

Tom Robinson is part of season exploring on queer music and culture as part of 6 Music’s Loud and Proud season.