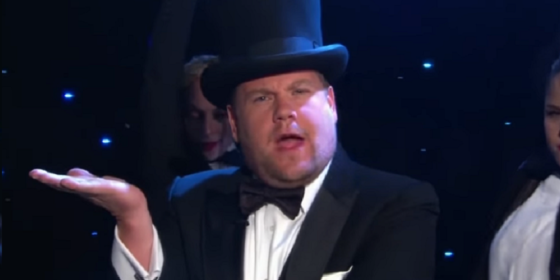 Presenter James Corden took to the stage during his US show to reassure trans soldiers they are loved.

The musical number comes after President Donald Trump announced trans individuals would not be allowed to ‘serve in any capacity.’

‘We have love for all of you’

In the song, he explains Trump ‘doesn’t care for lesbians’ and ‘thinks two men should just be friends’ and finds trans people ‘confusing.’  James also says that to Trump, bisexuality is ‘just a phase in college.’

‘Trans veterans might be nervous, but we thank you for your service. We have love for all of you’ James adds.

He also takes a moment to remind listeners the President is only saving .04% of the budget by banning trans people.

The video has been online less than twenty-four hours. It already has over 60,000 views.

Watch the video below.