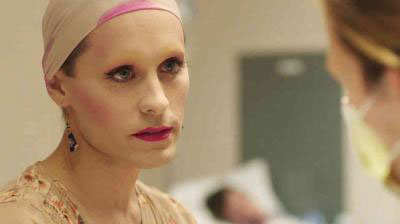 BoJack Horseman is known to satirize popular culture, including Hollywood and the music industry.

During a Q&A session, a fan asked Bob-Waksberg if there are any celebrities in particular he likes to mock. Bob-Waksberg quickly cited Jared Leto.

‘We have a line in the new season about Jared Leto,’ he said. ‘Because like, fuck that guy.’ Bob-Waksberg was met with a round of laughter and applause.

‘My line about Jared Leto, which is not in the show, just what I say about him in conversations, is that the coolest thing Jared Leto ever did was get punched in the face by Edward Norton in Fight Club.’

‘He really bugs the shit out of me,’ Bob-Waksberg continued, making fun of his portrayal of the Joker in Suicide Squad as well as his strange method acting exercise where he’d send fellow actors used condoms and other inappropriate items.

‘By the way, PS, also when he was in the Dallas Buyers’ Club playing a trans character who died of AIDS – not a real person, but still – he would do interviews and say, “what a glorious creature.” It’s not a f*cking creature, it’s a person, you asshole. He’d make jokes like, “I had to shave my legs, tee hee.” It’s not cute, you idiot.’

‘So fuck him,’ Bob-Waksberg concluded before bringing the conversation back to BoJack Horseman.

Watch the full clip below: