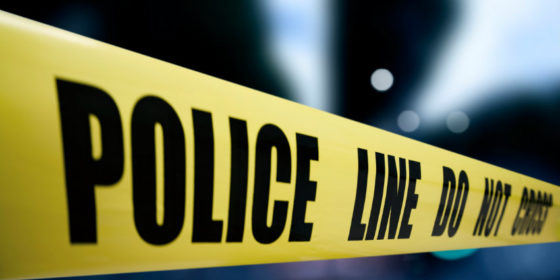 Julian Smith and his partner Andrew Leonard were beaten outside their London home Sunday (30 July) evening.

Smith, 53, and Leonard, 49, were walking through the car park of their Waterloo apartment after a night out when they heard ‘barking noises’.

‘As we approached the block, we could hear these barking noises, really aggressive, so we were reticent as we got in,’ Smith told the Evening Standard.

Four men in their mid-twenties approached the pair and began taunting them for their sexuality and appearance, including a pair of shoes.

Smith described the scene: ‘They started calling us poofs and saying, “Is this your boyfriend?” and “F*****g hell, what are you wearing?”‘

Upon seeing they were adults, Smith tried to reason with them before one of them allegedly took his glasses and punched him.

‘They kicked Andrew like a kick-boxer straight in the face. He was on the floor and out of it,’ Smith continued. ‘I’m trying to protect Andrew and they are circling around like hyenas.’

The police arrived on the scene after neighbors saw what was happening.

‘We could have had a fatality quite easily’

‘I just feel really fed up, wary of where I live and quite demoralized,’ Leonard said. He suffered a possible broken cheek bone and nose. He also lost four teeth. ‘The council has repeatedly failed to address the CCTV blackspot in this area. Their poor performance and contempt is off the scale.’

The couple attempted to contact the Lambeth council multiple times regarding the lack of  CCTV coverage in the car park.

The council responded with the following statement: ‘We condemn this cowardly hate crime and are supporting police investigations. Lambeth has invested heavily in CCTV, with more than 270 fixed cameras on our estates. We have also recently introduced extra mobile cameras to further tackle offending hotspots.’

According to a spokesperson for the Met police, the attack is being treated as a hate crime.

‘We could have had a fatality quite easily,’ he said.

As of now, there have been no arrests. Police are requesting anyone with information to contact them via phone or Twitter.