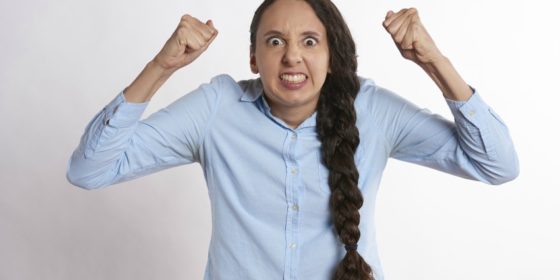 Ever since I started as the Asia Pacific Correspondent for Gay Star News in January I wanted to write an opinion piece about marriage equality in Australia.

I’ve sat down so many times to express my frustration at the lack of progress in my home country.

I have reshaped and reformed my argument so many times based on political events here and abroad.

At first I wanted to express what a distraction it was to focus attention on an issue that could be legislated on and resolved in minutes.

Especially as I write stories in a region where things for LGBTI people are much worse than Australia. Some of our closest neighbours face violence, death, prosecution, hate and persecution because of their sexual and/or gender identity.

I, like many people feel Australia’s best advocates’ energies are wasted fighting for marriage equality when they could be spent working on achieving basic human rights for LGBTI people in the Asia Pacific.

Then every time another developed country was on the cusp of legalizing same-sex marriage, I promised my editor I would publish a response piece as an Aussie waiting for it to happen here (sorry, Tris!).

My next angle was going to write about the farcical series of political manoeuvres that have prevented it from happening.

If you don’t know, Australia could pull an ‘Angela Merkel‘ – our government could decide to hold a vote on the issue, it could be legislated on immediately and voila, we would all be able to get married.

Also important to know the majority of Australians have been in favour of marriage equality for 10 years now.

Instead, for years every major Australian party has played ‘political football’ on the issue. There has been some absurd suggestions such as holding a plebiscite (public vote) on the issue. This idea was shut down in the senate.

But then another conservative MP came up with the bright idea to have ‘postal plebiscite‘. So, a voluntary postal vote would be non-binding and politicians would still be have to vote on the issue.

It’s so stupid and embarrassing. The constant delays and game playing on a basic human rights issue sends a clear message to the LGBTI community. Which is that our leaders do not take the health and wellbeing of the community seriously enough to stop playing games.

But some hope has been brewing in the past few weeks. Five Liberal Party (the conservative governing party) politicians have been plotting to introduce their own draft bill on marriage equality.

They have been working behind the scenes to lobby their party and draft new legislation. They plan to cross the floor against their party and vote in favour of marriage equality.

The fifth member of this band is a former crocodile hunter (yes, this is real. It is Australia after all) and long-time LGBTI advocate, Warren Entsch.

He penned a powerful op-ed in News Limited yesterday and went around telling media that his colleagues don’t have ‘balls’ and all he wants ‘is a bloody vote’.

While this candid language is not unexpected from Entsch, it does speak volumes about how close to the precipice they might be to giving a dramatic push on the issue.

Given the eggshell diplomacy and strategizing from the ‘rebel MPs’, it sends a clear message. And that is that they’re not going to mess around anymore. But there are so many parliamentary rules that may hold back any kind of vote happening, so I’m just like ¯_(ツ)_/¯

I’m concerned we haven’t seen the draft bill and don’t know what exemptions or sacrifices they’ve included. I’m not sure if it rings true to draft legislation formed after an extensive parliamentary select committee on the issue. All sides of the debate were happy with that draft legislation.

I think we’ve come too far to compromise now.

Things have changed… since this morning

Since starting the latest incarnation of this column only a few hours ago there has been multiple developments. Because, of course there has.

Prime Minister Malcolm Turnbull called an emergency party room meeting for Monday for the Liberals to make a decision on what will happen on marriage equality moving forward. It turns out having a postal plebiscite is a bit illegal, or something.

And then, we found out even if a free vote was held in parliament some Labor MPs would cross the floor against their party and vote no to marriage equality.

Maybe they could high-five the ‘rebel MPs’ as they cross the floor to each other’s sides.

I spoke on Australian’s first LGBTI radio station earlier this evening, where I said that only a Magic-8 ball could predict what is going to happen regarding marriage equality.

How we all feel right now

We’re at a critical juncture pic.twitter.com/l2XiOqVl6s

There’s been countless times where we thought we were close before. But there’s something that makes me think we might have a massive week ahead of us.

But Australia’s history on marriage equality has taught me not to get my hopes up.

This isn’t a game and this isn’t an exercise of power for government MPs to flex their influence. It also isn’t for other parties to leverage this issue in their favour.

This is about people’s lives.

Grow up Australian politicians. Legislate on marriage equality as soon as parliament resumes.

Whatever your views on marriage, we must not let MPs abdicate their legislative responsibilities because recognising equality troubles them.

To cheer us up, here’s a photo of my dogs supporting marriage equality: 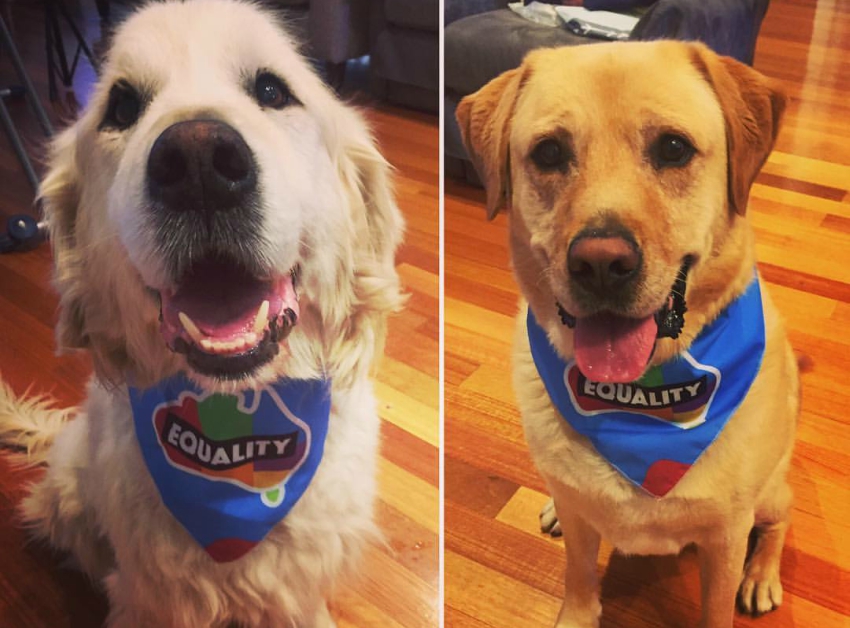