A star high school football player has come out as gay, saying it affected his abilities to hide who he was.

Jake Bain comes out publicly in a new interview but actually told his coach and teammates some time ago. ﻿

Speaking to Benjamin Hochman at the St Louis Post-Dispatch, Bain, now 18, says that hiding his sexuality made him less effective as a player.

His coach, John Merritt, says he saw Bain walk off at an end of season match two years ago to seek a hug from his boyfriend.

“When you’re kind of half yourself, showing everyone half yourself pretty much, it weighs on you,” says Bain.

“I definitely always tried to play to that macho status of a football player with a girlfriend, so I was definitely trying to cover all the bases so people wouldn’t find out.

“I had a couple girlfriends in high school at Burroughs. People used to always describe me as a ladies man. … I was still questioning what I really wanted.” 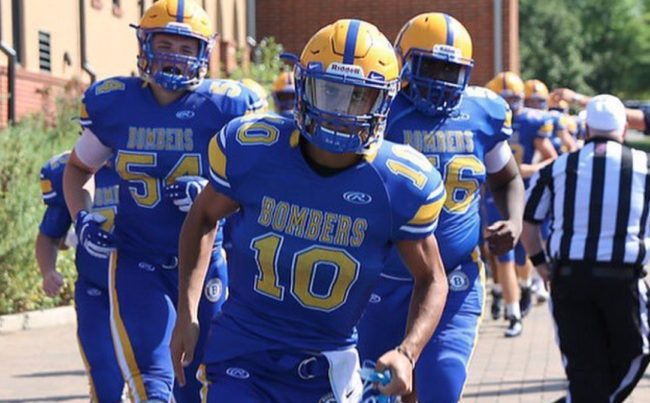 He has found support in family and friends alike.

His 77-year-old grandfather Jim says: “We are so happy that he’s the type of person that he is — that he’s kind to others, a good leader with how he treats people. And he has a lot of strong qualities as an athlete and as a person.”

But it wasn’t always an easy ride.

Back in 2014, Bain was bombarded with more than 600 text messages from anonymous numbers throwing homophobic slurs at him.

“There were countless nights that I would cry myself to sleep, begging to wake up straight,” he said. “And asking why it had to be me, why can’t I just be normal?” 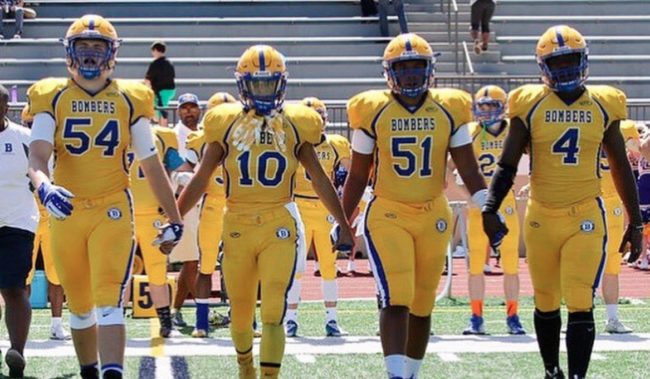 And later he gave a rousing speech to classmates.

“For the first time in my life I could finally be true to myself — I owed it to myself to be me,” Jake said.

“I also felt like I owed it to everyone out there who was in the same position — and felt lost and alone like I did.”

He also said he hoped his coming out would help others struggling with similar issues.

“I hope that people out there who are too afraid to come out — because of what people might think of them — will see me in this position and have the courage to be themselves, as well,” he said.

“I’m with you and in your corner — both to support you and give you any advice you may need. Trust me, I know it’s hard.”

The John Burroughs alumni and running back has just signed to play college football with Indiana State.